Were he born anywhere in Europe like Germany, Switzerland or France, Victor would have gained international notoriety; instead Victor is buried in a nondescript grave in the Mukhagdverdi cemetery.

Incidentally, Mukhagdverdi cemetery was Victor’s first commissioned work. Built in 1974, the cemetery was aimed at relieving the overcrowding in Tbilisi and also a secular funeral site as per Soviet ideological mandate. It was also Victor’s very first construction of a ritual building; the other one was Palace of Rituals – two of Victor’s most iconic works in the capital, one a celebration of life and another, a celebration of death.

Born in 1924, Victor came from an elite background – the nomenklatura. His mother, Lubov Sanadze, worked as one of the country’s leading gynaecologist and his dad had served in the Red Army.

Victor studied architecture at Georgian Polytechnic Institute in Tbilisi and developed a keen interest in Georgian architecture – in particular the ecclesiastical heritage from its Orthodox Christian churches, and tried to incorporate their reliefs, structural components and even lost heritage in his own designs.

Victor was particularly inspired by Le Corbusier and his works are a homage to the great the Swiss-French architect. He was popularly regarded as “Djorbusier” within the architectural community.

In 1957, Victor became the chief architect of Tbilisi; his close relations with Eduard Shevardnadze, then the chairman of the Georgian Communist Party definitely helped. It was also Shevardnadze who facilitated the funding of the Palace of Rituals that was to be Djorbenadze’s indelible mark on Tbilisi’s urban fabric – some call it the stain. An expensive US$ 10 million price tag, all paid for by the the Central Committee of the Georgian Communist Party, the Palace of Rituals was Victor paying his debt to his idol, Corbusier and his love for spatial purity.

Built in the Orwellian year of 1984, the white stucco building, now a private property, still stands overlooking Tbilisi, and has outlasted not just Victor but the mighty USSR, which fell barely 6 years later.

Palace of Rituals was criticised for its allusions to the male anatomy; some municipal officers disapproved its ecclesiastical elements that were against Soviet style but Victor had based his floor plan on the female anatomy, from his mother’s gynaecology book.

The building was suggestive on many fronts – to human anatomy, to Georgian churches as well as to secular beliefs of the Soviet Union and to the space age. But the most stark and unmissable allusion is to the male and female anatomy – the characteristics of a hermaphrodite and indeed, Victor did place a gilded sculpture of Hermaphrodite that was excavated from Colchis in Kutaisi at the entrance.

Margaret Thatcher visited the Wedding Palace in 1986 and Deep Purple’s Ian Gillan renewed his wedding vows during his tour in 1990. This was exactly how Victor wanted the Palace of Rituals to be – a wedding place for all religions and a symbol of Developed Socialism . He was also to build a Cathedral of All the Faiths but that was not to be as the Soviet Union perished and the Georgian Orthodox Church rose from its ashes, only interested in the past and not in the secular future.

Both the Palace of Rituals and Mukhagdverdi Crematorium became relics of the Soviet past which many locals call: ugly Soviet buildings. My guide did not know anything about the two buildings or about Djorbenadze.

Palace of Rituals was purchased by Georgian oligarch, Badri Patarkatsishvili in 2002. He died mysteriously in 2012 and the Palace is now under lock & key.

Behind the Iron Curtain, the Wedding Palace was never featured in any of the international architectural publications. None of the Tbilisians know anything about their own Djorbusier let alone his thinking. There are few to none renderings, stock photos or architectural drawings of the designs.

Following the demise of the USSR, the Orthodox Church was regaining its lost influence in Georgia, and did not approve of Victor’s designs. They also disapproved of Victor’s homosexuality and ridiculed him of promoting “atheist Soviet” ideologies.

Victor, who is already unknown to the world, became forgotten to the Tbilisians too. He died in 1999 and is buried in the cemetery he designed, now an overcrowded graveyard. For the staunchly religious Georgians who practice Orthodox Christianity and believe in resurrection, the crematorium serves as a storage facility for shovels to dig graves – an irony Victor will surely find funny. 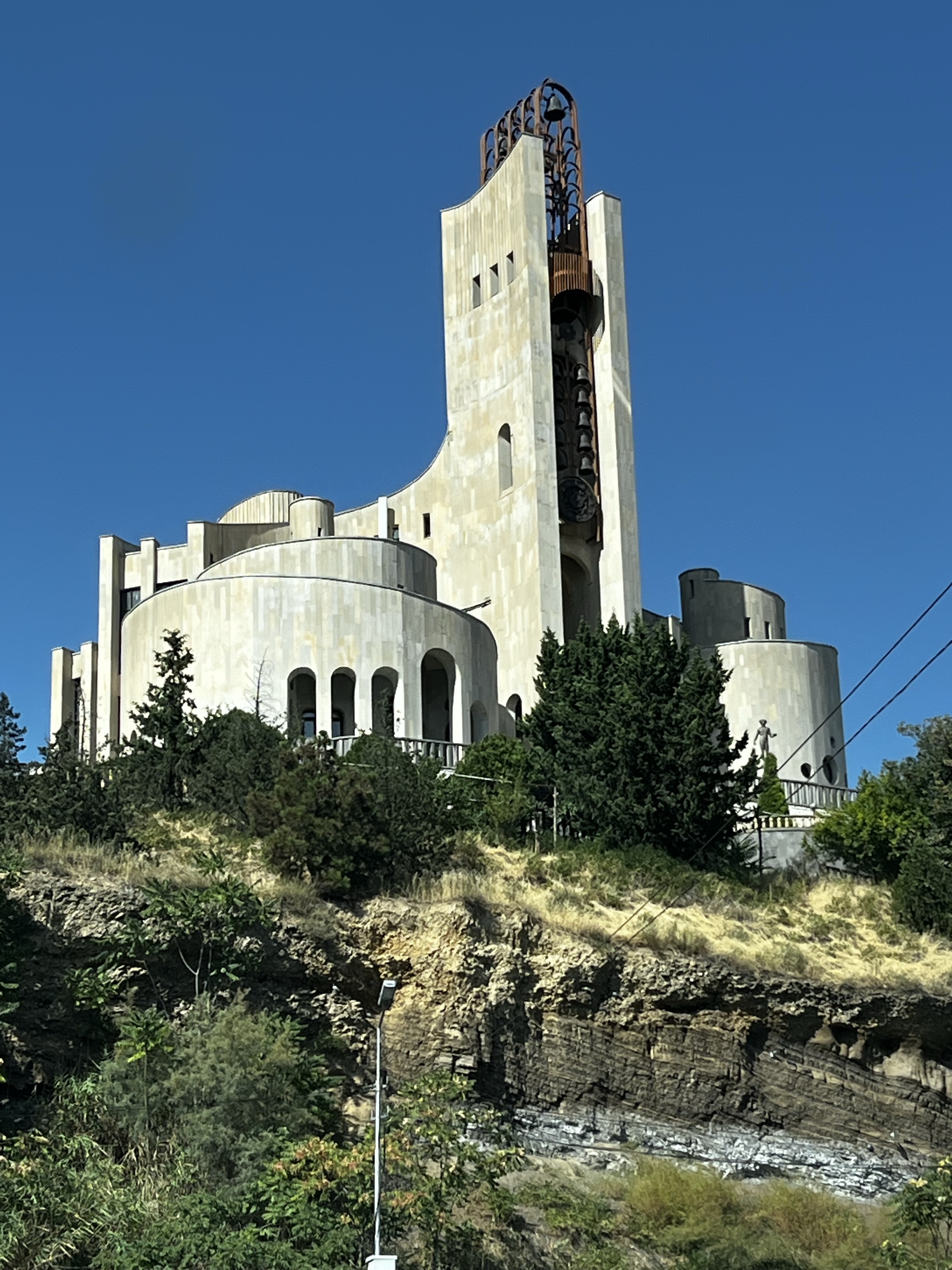